The Church is the only one in the country which has the surviving remains of theKentish Royal family, and one if the earliest Anglo-Saxon saints. She was the daughter of Eadbald (King of Kent from AD 616/18 to 640) and his Frankish Queen Imme (Emma). 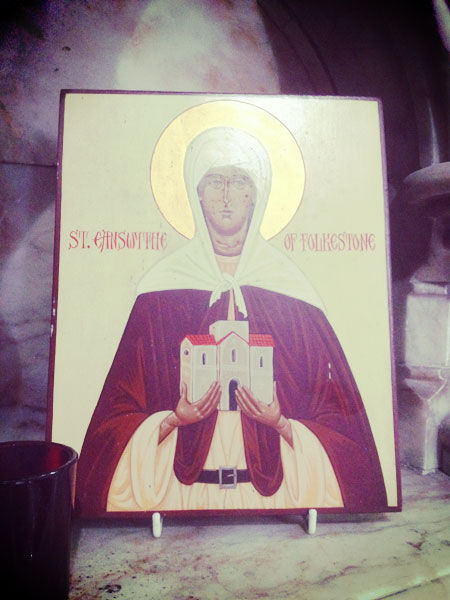 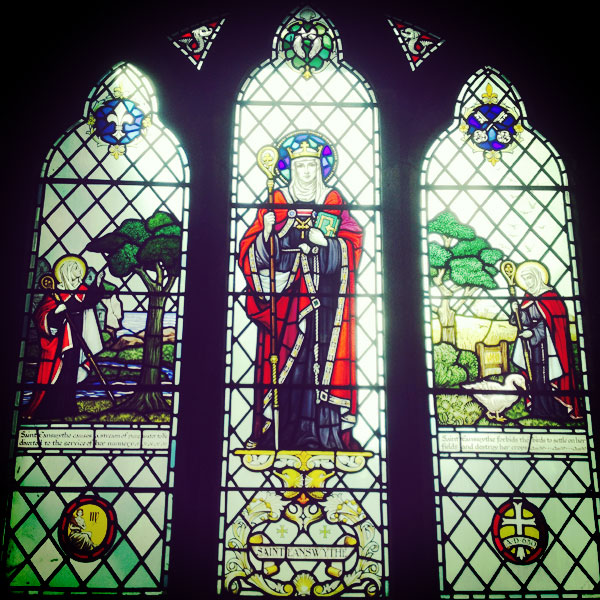 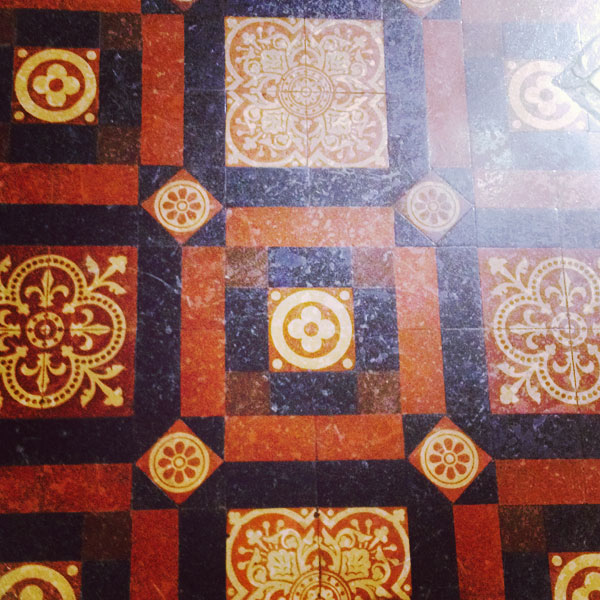 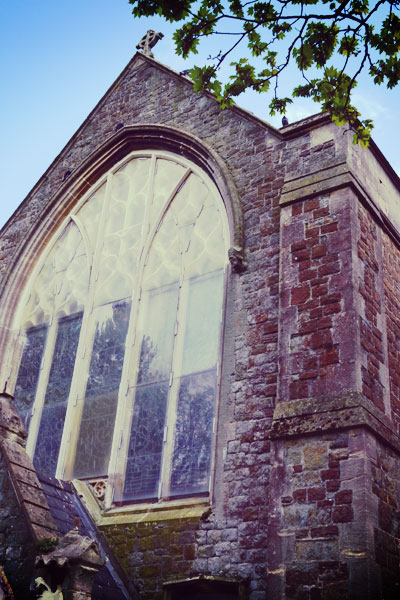 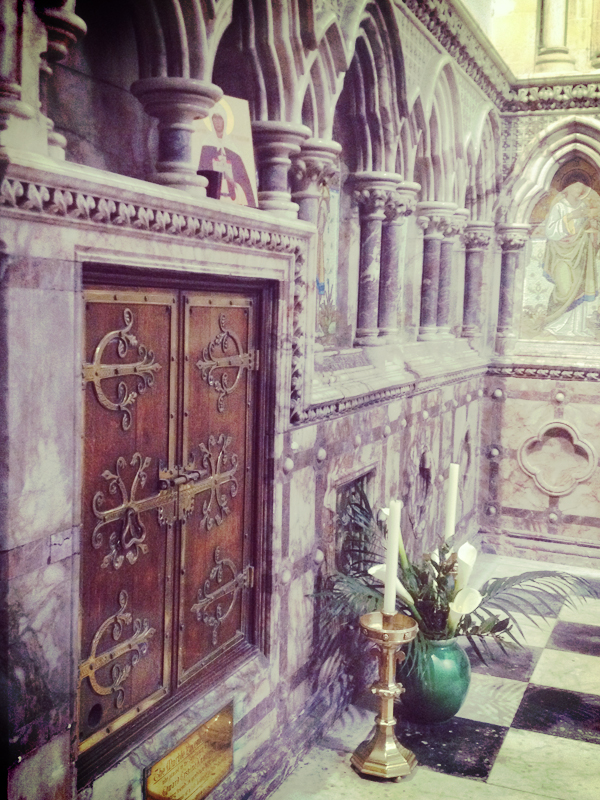 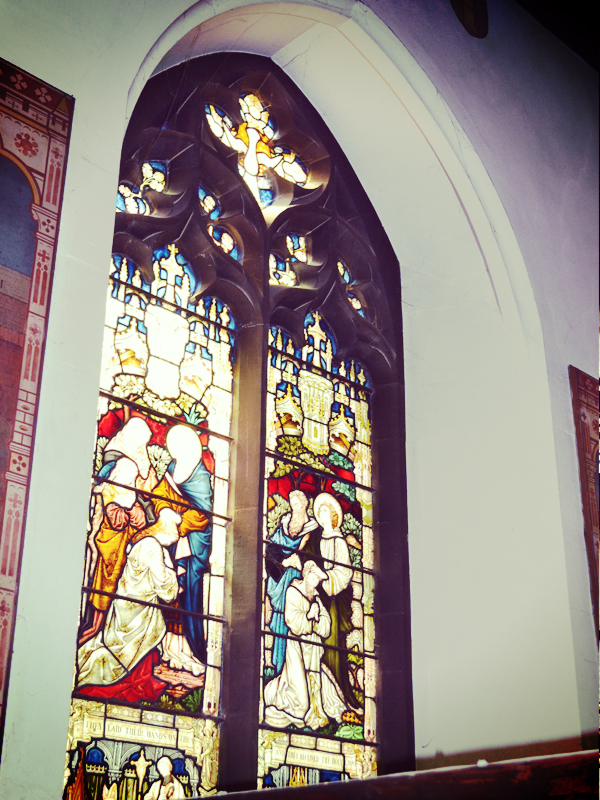 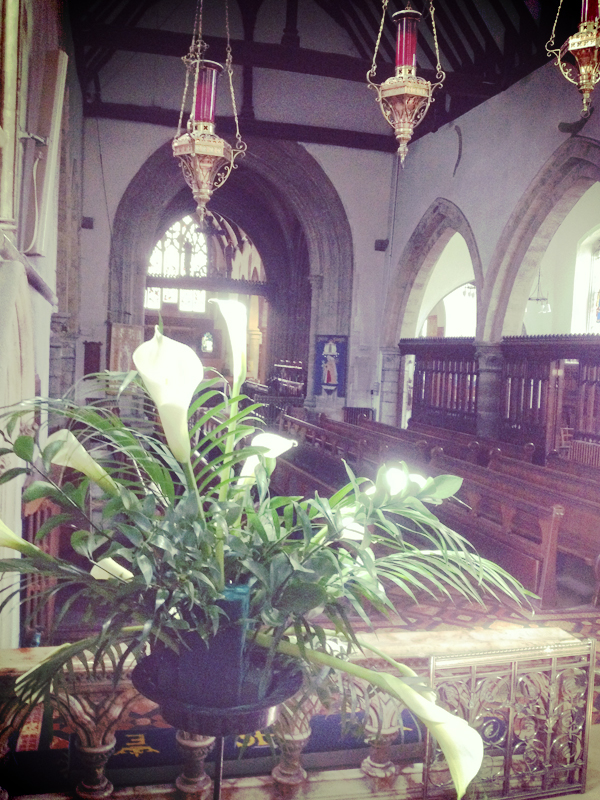 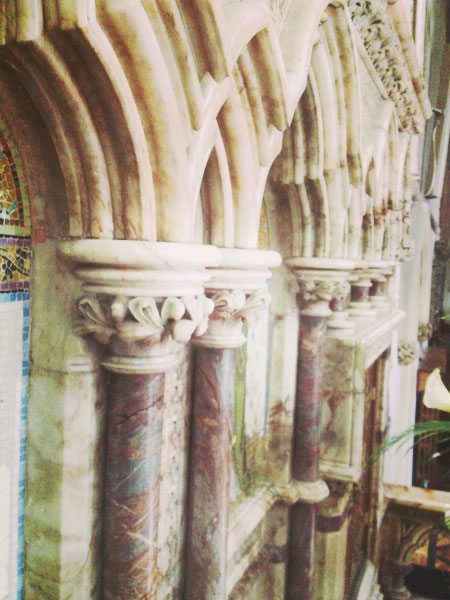 St Mary and St Eanswythe Parish Church is the only one in the country named after a Saint whose relics remain within the Church and The Kentish Royal Princess, Saint Eanswythe is the Patron Saint of Folkestone

In March 2020,following research by Canterbury Christ Church Archaeology Programme and CAT staff, scientific confirmation was received from Queen’s University Belfast, that the remains held in the church are confirmed as those of a young woman (aged 17 -20 when she died) who died after 653AD and that there is little doubt that the bones are those of Eanswythe.

There are many stories of St Eanswythe’s miracles before and after her death. Among other things, she is said to have given sight to a blind man, and cast out a demon from one who had been possessed.

We know few details about the rest of St Eanswythe’s life, but her name has long been associated with the foundation of one of the earliest Anglo-Saxon minsters in Folkestone in about 660AD.

Following the monastic Rule, she would have prayed to God day and night. When she was not in church, she would have spent her waking hours reading spiritual books and in manual labour. This may have consisted of copying and binding manuscripts. The nuns probably wove cloth for their clothing, and also for church vestments. They cared for the sick and aged nuns of their own community, as well as for the poor and infirm from outside. Then there was the daily routine of cooking and cleaning.

The convent at Folkestone did not last very long after the saint’s death. Some say the sea destroyed it, while others say it was sacked by the Danes in 867. St Eanswythe’s holy relics were moved to the nearby church of Sts Peter and Paul, which was farther away from the sea. In 927 King Athelstan granted the land where the monastery had stood to the monks of Christchurch, Canterbury.
As time passed, the sea continued to encroach on the land. In 1138 a new monastery and church, dedicated to St Mary and St Eanswythe, were built farther inland. The relics of St Eanswythe were transferred once again, this time from the church of Sts Peter and Paul to the new priory church. During the Middle Ages, this second transfer of her relics was celebrated on September 12, which the church still keeps as its Patronal Festival.On November 15, 1535 the officers of the King, who plundered the church of its valuables, seized the priory. The shrine of St Eanswythe was destroyed, but her relics had been hidden to protect them.

In June 1885, during the installation of Hem’s elaborate Sanctuary arcading of Derbyshire alabaster, with the Apostle mosaics designed by Capello, the workmen came across a small cavity in the north wall containing an ancient lead casket. Upon its removal and examination it was found to contain the remains of a young woman who had died in the 7th century. From the place of burial near the High Altar, the position of greatest honour and distinction in the church, it was concluded that here were the long lost relics of St. Eanswythe.

The remains were reverently interred in the place where they had been discovered still in their ages-old coffer, and enclosed behind an elaborate brass grill and engraved door. There they remain to this day, bestowing a rare distinction upon our church, which is one of the very few places remaining in this country, which has the bones of its patron saint buried within its walls.

At first, the holy relics were brought out for veneration every year on the parish Feast Day. This practice ended when several parishioners accused the Vicar of “worshiping” the relics. Although St Eanswythe’s relics are no longer offered for public veneration, candles and flowers are sometimes placed before the brass door where they are immured.
An Orthodox iconographer has presented the parish of St Mary and St Eanswythe with an icon of the saint.

St Eanswythe the Abbess of Folkestone

From her childhood, St Eanswythe showed little interest in worldly pursuits, for she desired to dedicate her virginity to God and to serve Him as a nun. Her father, on the other hand, wanted her to marry. St Eanswythe told him that she would not have any earthly suitor whose love for her might also be mixed with dislike. There was a high rate of mortality for children in those days, so she knew it was likely that at least some of hers would also die. All of these sorrows awaited her if she obeyed her father. The young princess told her father that she had chosen an immortal bridegroom who would give her unceasing love and joy, and to whom she had dedicated herself. She went on to say that she had chosen the good portion (Luke 10:42), and she asked her father to build her a cell where she might pray.

The king ultimately gave in to his daughter, and built her a monastery, ( what we now know as a convent) in Folkestone. This was in all probability the first convent in Britain. While the monastery was under construction, a pagan prince came to Kent seeking to marry St Eanswythe. King Eadbald, whose sister St Ethelburga (April 5) married the pagan King Edwin (October 12) two or three years before, recalled that this wedding resulted in Edwin’s conversion. Perhaps he hoped that something similar would happen if Eanswythe married the Northumbrian prince. Eanswythe, however, insisted that she would not exchange heavenly blessings for the things of this world, nor would she accept the fleeting joys of this life in place of eternal bliss.
Around the year 650, the building of the convent was completed. This was the first convent to be founded in England. St Eanswythe lived there with her companions in the monastic life, and they may have been guided by some of the Roman monks who had come to England with St Augustine in 597.

St Eanswythe is the only member of the Kentish Royal House whose remains have been found, the Kentish Royal grave at Canterbury having been destroyed during the Dissolution. Eanswythe is the granddaughter of King Ethelberht, who welcomed the arrival of the Augustinian mission to Kent in 597AD, and of his Frankish Queen Bertha, daughter of the Merovingian King Charibert 1 (d 567)

St Eanswythe , we believe, was not made abbess at this time, for she was about sixteen years old. We do not know of any other abbess before St Eanswythe, but a few experienced nuns may have been sent from Europe to teach the others the monastic way of life. A temporary Superior could have been appointed until the nuns were able to elect their own abbess.